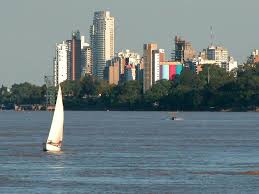 Positioned on the banks of the river Paraná, (Paraná coming from the native Guaraní language meaning “Family of the Sea”) Rosario is the third largest city in Argentina, and resides just 300 km (a 4 hour drive) from Buenos Aires. New to the international tourist circuit, Rosario has a the quaint feel of a cosmopolitan city in the making.

Blossoming with public parks, plazas, and green space, the city has vowed to plant one tree for each of its estimated 1 million inhabitants, providing for a beautiful framework to a dynamic juxtaposition of both the modern and antique architecture that line the city’s streets.

Rich in both urban and native culture, Rosario has been noted for it’s vivacious nightlife and “Bodegones,” or corner bars and has won both national and international recognition for being a cultural capital of Argentina.

Over the course of...